Ways the world could end soon 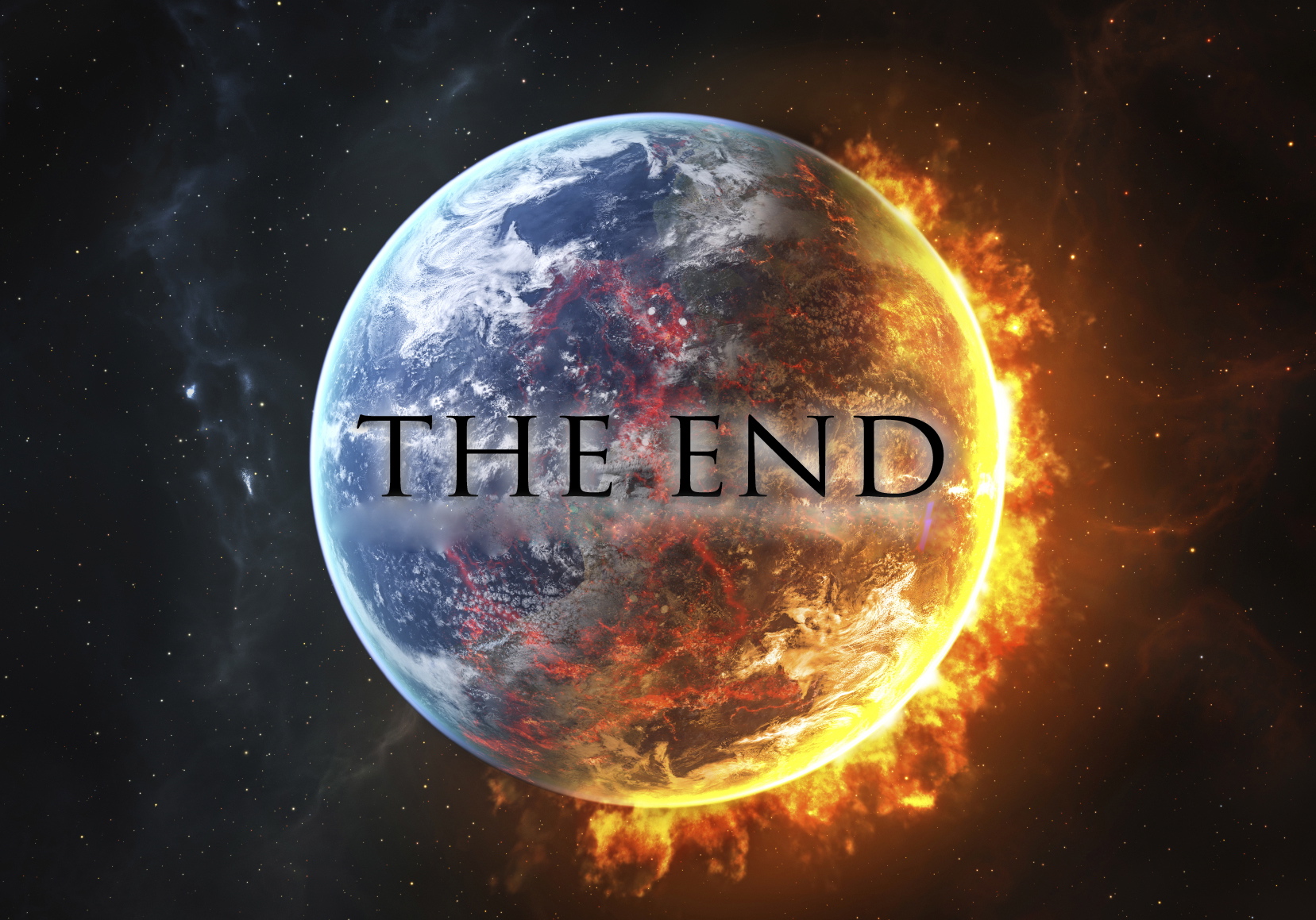 If greenhouse gas emissions are not reduced, rising temperatures and humidity wrought by global warming could expose hundreds of millions of people worldwide to potentially lethal heat stress by 2060, a new report suggests.The normal temperature inside the human body is 98.6 degrees Fahrenheit, or 37 degrees Celsius. Human skin is typically at 35°C. When the wet-bulb temperature of the air exceeds that level, it becomes physically impossible for the body to shed its own metabolic heat and cool itself, especially by evaporating sweat. Even a fit individual would be expected to die from such heat within six hours.

Heat already kills more people than any other form of extreme weather. In the past decade, heat waves that featured wet-bulb temperatures between 29°C and 31°C have caused tens of thousands of deaths in Europe, Russia, and the Middle East.Last summer more than 2,300 died from extreme heat in India, where air temperatures reached 122°F. High humidity and temperatures topping 116°F also proved deadly in Egypt this year. And work stopped for several summer days in Iraq while thermometers hovered around 120°F.In 2015, the U.S. Environmental Protection Agency pledged to reduce carbon pollution from our power plants by nearly a third by 2030, relative to 2005 levels, through its Clean Power Plan. The U.S. Department of Transportation has proposed carbon pollution and fuel economy standards that should cut emissions through the 2020s. Chemicals that contribute to global warming, like hydrofluorocarbons (used in air conditioners), are being phased out of production nationwide, and so are energy-inefficient household items like incandescent lightbulbs. Also in 2015, solar and wind power provided more than 5 percent of the United States’ electricity for the first time, and construction started on the country’s first offshore wind power project. Globally, at the United Nations Conference on Climate Change in Paris, 195 countries—including the United States—agreed to pollution-cutting provisions with a goal of preventing the average global temperature from rising more than 1.5 degrees Celsius above preindustrial times. (Scientists say we must stay below a two-degree increase to avoid catastrophic climate impacts.) To help make the deal happen, the Obama administration pledged $3 billion to the Green Climate Fund, an international organization dedicated to helping poor countries adopt cleaner energy technologies. Under the terms of the Paris agreement, participating nations will meet every five years, starting in 2020, to revise their plans for cutting CO2 emissions. Beginning in 2023, they will also have to publicly report their progress. 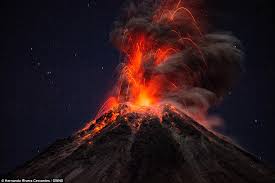 Imagine a volcanic eruption in which layers of ash cover most of the continents. Magma 10,000 times the quantity from Mount St. Helens (pictured) is thrown hundreds of miles into the air. Think this is a science-fiction fantasy? Unfortunately, it’s not. Supervolcano eruptions are a part of Earth’s history. The largest volcanic eruption on Earth is believed to be the Mount Toba eruption in Sumatra, which happened some 74,000 years ago. It is believed that the force of this eruption came close to wiping out all life on Earth — including man.But will it happen again? While there is no evidence that a super eruption is eminent, there are roughly a dozen supervolcanoes on Earth today. Even Yellowstone National Park is the site of a massive supervolcano. Yellowstone sits atop a subterranean chamber of molten rock and gasses, an area so large that it is considered one of the biggest supervolcanoes on Earth. Its caldera, or the equivalent to a crater top, is 1,500 square miles. Experts believe the last major eruption in Yellowstone was 640,000 years ago, throwing 8,000 times the amount of ash and lava of Mount St. Helens into the air. 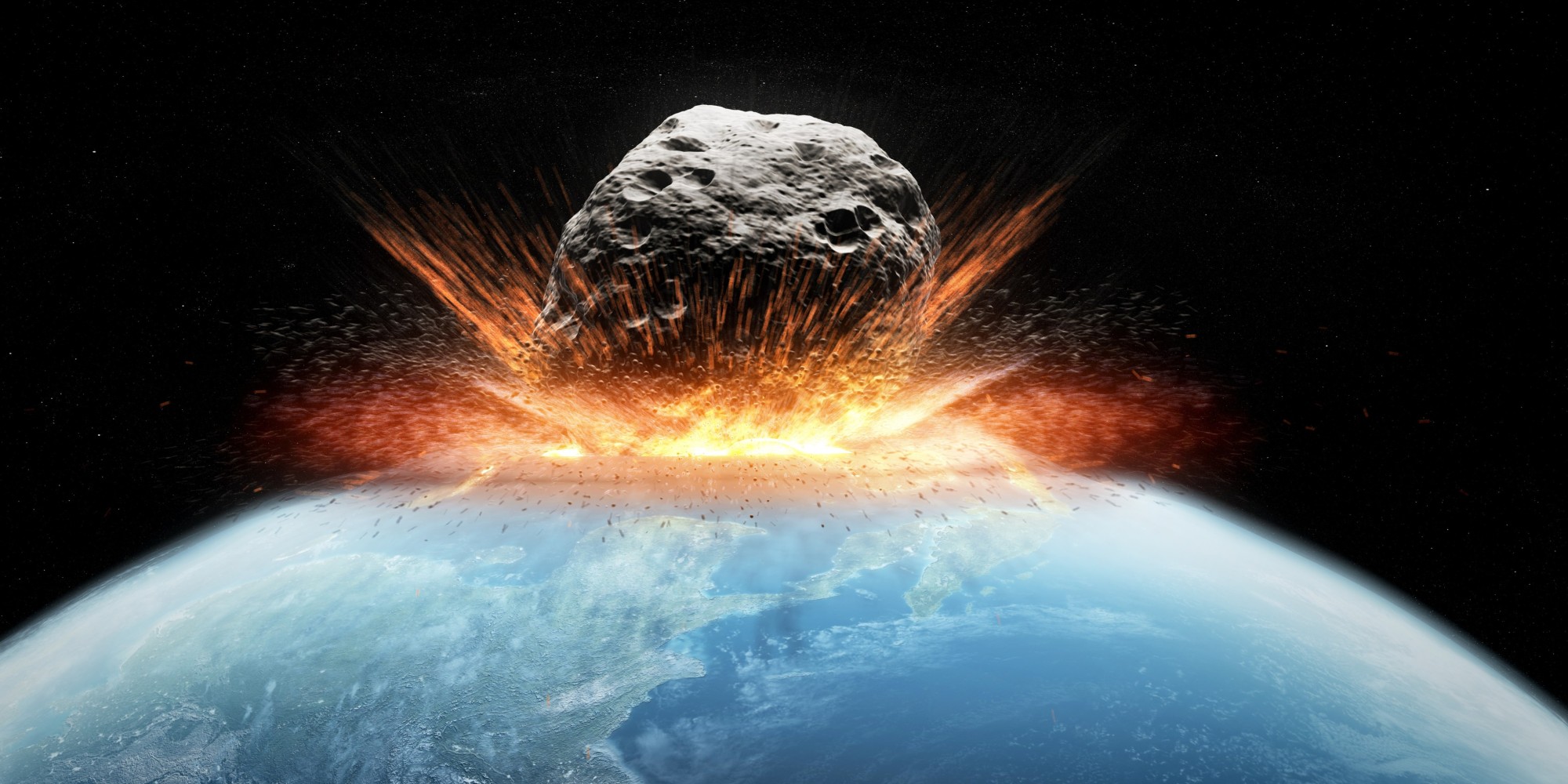 Ever wonder how big an asteroid would have to be to wipe out life on the planet?Turns out about 60 miles wide.Scientists have been looking at potential asteroid impacts for years.University of Colorado Boulder, geoscientist Brian Toon figures one rock about a half a mile wide can do a lot of damage and cause widespread Earthquakes, releasing the energy equal to 100 billion tons of TNT.But even that wouldn't be completely catastrophic. Scientists think the object that may have hastened the death of the dinosaurs was about seven to eight miles wide, sending a dust plume so big it engulfed the planet, igniting fires and basically broiling the dinosaurs.A similar collision today would likely kill billions of people … most of the animals and all the vegetation. It's possible a few people could survive but they would have a hard time finding food.Richard Binzel, a professor of planetary sciences at MIT says even though it's possible this could happen someday, there are no asteroids big enough in any orbit that can completely destroy Earth. What would happen if a smaller asteroid, one the size of a house, crashed into Earth at 30,000 miles per hour? Experts say it would flatten concrete buildings up to a half mile from where it hit. What if the asteroid was the size of a 20-story building? It would flatten all the buildings within five miles.The next near Earth asteroid will make its closest approach on October 26th, 2028. The asteroid's path is predicted to pass beyond the Moon's distance from the Earth. In fact, it will still be about two and half times farther away from the Earth than the Moon. It measures a mile-wide and is traveling at a speed of 30-thousand miles per hour. If it did strike New York City, the force would flatten everything from D.C. to Boston.But not to worry – NASA says it will have zero impact on Earth. To help keep us all safe from any possible future asteroids – NASA is developing an asteroid re-direct mission. It's a first-of-its-kind mission for a spacecraft to land on a large asteroid, grab a huge boulder from its surface for further study and then re-direct the asteroid into a stable orbit around the Moon. This mission is set to launch by 2020. 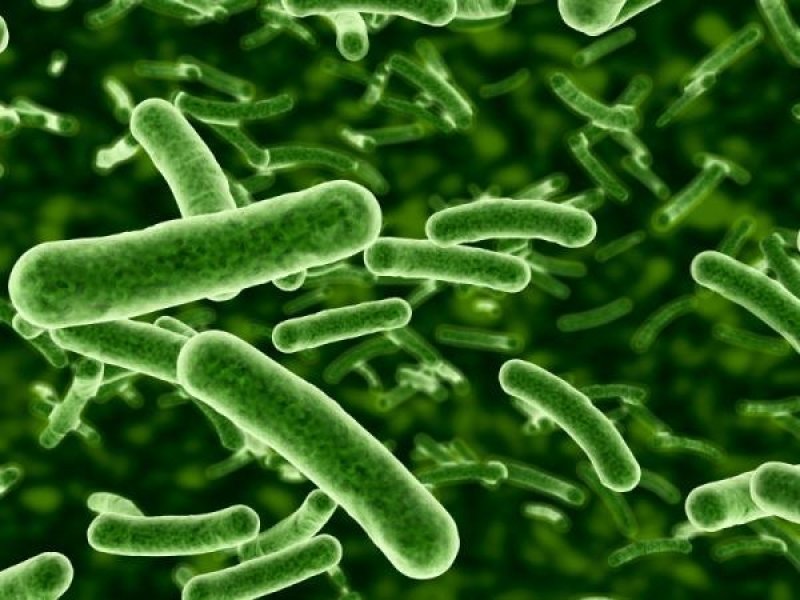 It could take just one cough, one kiss, one touch or even one bite to change not only your life, but the lives of everyone around you -- and for months or even years. In most cases, the closer those people are to you, the greater the risk. But it isn't always that simple. The risk at hand: an infectious outbreak. Public health experts believe we are at greater risk than ever of experiencing large-scale outbreaks and global pandemics like those we've seen before: SARS, swine flu, Ebola and Zika.More than 28,000 people were infected during the 2014-16 Ebola epidemic, with over 11,000 deaths. And as of March 10, 84 countries have reported Zika transmission. That disease was discovered in the 1940s, but had its first outbreak in 2007 in Micronesia, and more recently began spreading toward the end of 2015. Every time, the infection's arrival is unexpected and its scale unprecedented, leaving the world vulnerable. Experts are unanimous in the belief that the next outbreak contender will most likely be a surprise -- and we need to be ready. "We're only as secure in the world as the weakest country," said Jimmy Whitworth, professor of international public health at the London School of Hygiene & Tropical Medicine. With so many health systems and economies in a fragile state, this means we are far from secure. "Infectious diseases respect no boundaries," he said. The World Health Organization is alerted to hundreds of small outbreaks every month, he noted, which it investigates and uses to predict the chances of a bigger problem. "There are little clusters of outbreaks occurring all the time, all over the place," Whitworth said. But with infections disregarding borders and their battle lines against humans drawn, he believes the way we live today is what opens us up to risk. "(Many) aspects of modern life put us at more risk. We are more ready than before," he points out, highlighting the International Health Regulations Global Outbreak Alert and Response Network and countries with national rapid response teams -- such as the United States, UK and China -- ready to tackle any emergency.

Two years ago, we were all going about our daily business, blissfully unaware that our planet almost plunged into global catastrophe.A recent revelation by NASA explains how on July 23, 2012, Earth had a near miss with a solar flare, or coronal mass ejection (CME), from the most powerful storm on the sun in over 150 years, but nobody decided to mention it.Err, what? Well, that’s a sobering bit of news.“If it had hit, we would still be picking up the pieces,” says Daniel Baker of the University of Colorado.We managed to just avoid the event through lucky timing as the sun’s aim narrowly turned away from Earth. Had it occurred a week earlier, when it was pointing at us, the result could have been frighteningly different.“I have come away from our recent studies more convinced than ever that Earth and its inhabitants were incredibly fortunate that the 2012 eruption happened when it did,” says Baker. “If the eruption had occurred only one week earlier, Earth would have been in the line of fire.”The power of this ejection would have raced across space to knock us back to the Dark Ages. It’s believed a direct CME hit would have the potential to wipe out communication networks, GPS and electrical grids to cause widespread blackout. The article goes on to say it would disable “everything that plugs into a wall socket. Most people wouldn’t even be able to flush their toilet because urban water supplies largely rely on electric pumps.”Just 10 minutes without electricity, Internet or communication across the globe is a scary thought, and the effects of this event could last years. It would be chaos and disaster on an epic scale.“According to a study by the National Academy of Sciences, the total economic impact could exceed $2 trillion or 20 times greater than the costs of a Hurricane Katrina. Multi-ton transformers damaged by such a storm might take years to repair.”So can we breathe a worldwide sigh of relief? Well, not quite. Physicist Pete Riley, who published a paper titled “On the probability of occurrence of extreme space weather events,” has calculated the odds of a solar storm strong enough to disrupt our lives in the next 10 years is 12 percent.“Initially, I was quite surprised that the odds were so high, but the statistics appear to be correct,” says Riley. “It is a sobering figure.”However, the CME that almost battered us was a bit of a freak occurrence as it was actually two ejections within 10 minutes of each other, plus a previous CME had happened four days earlier to effectively clear the path.Sleep well, everyone